Although there have been many studies regarding sensationalism on television, there have not been enough studies to explain why sensational news always attracts viewers' attention regardless of space or time difference. Encouraged by this background, this research tries to answer the question, "What makes sensational news interesting to television viewers?" Inspired by a biological evolutionary perspective, this article formulates a hypothesis that reads, "Sensationalism can draw the attention of the audience because sensational news arouses the most basic instincts of humans, namely the mode of survival (Gurven, 2017)". In this view, the model has become inherent in humans as a result of the evolutionary process. In other words, this hypothesis also believes that audience interest in sensational news is universal rather than contextual.

This article explores a variety of literature in biology, psychology, and communication to try to answer that hypothesis. In order to that, this article is divided into three main sections. We will first explore the history of sensational journalism on television to show the historicity of sensational topics and techniques on television. Second, we will demonstrate the philosophical roots of an evolutionary biology view that explains the relationship between information stimuli and the workings of the human brain and the basic instincts we have carried since evolution thousands of years ago. Finally, we will show studies that prove empirically how news patterns (both sensational topics and production formats) impact viewing interest. 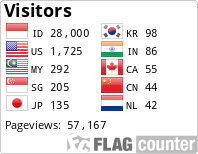