The support of the DKI Jakarta Regional Crafts Council (DEKRANASDA) for the empowerment of Marunda Flats by Ms. Veronica Tan as the initiator who at that time as the Chairperson of DKI Jakarta DEKRANASDA (the government) was seen by the cooperation built between the carriers of innovation and recipients of innovation as a form of another from Government Public Relations to the private sector and the community. Chitra Subyakto as the carrier of innovation who took part in collaboration with DKI Jakarta DEKRANASDA together with Mrs. Veronica Tan through the label Sejauh Mata Memandang, presenting Batik motifs with Semanggi Leaf motifs and Semanggi Interchange Arrangements by involving Marunda Flats as the recipients of their innovations which were then able to produce a masterpiece. Batik innovates which then becomes a source of income and works of art.

Theory of Diffusion of Innovations wants to see the process of innovation beginning to arrive at the stage of innovation that can be adopted and used continuously.Using descriptive qualitative methods and information retrieval through interviews and Focus Group Discussions with Happy Djarot (As Chairperson of DEKRANASDA Jakarta) who continued the collaboration that had begun previously, Chitra Subyakto (Innovator & Designer), Irma G. Sinurat (Coordinator of the Marunda Flats Batik Builders), Ijah (Companion of Marunda Flats), Marunda Flats who run the innovation, and Agus Susandi (Meek Foundation GM) in the hope of being able to see the extent to which the innovations also have an impact on the word "empowerment" itself.

The recommendations given are the use of a more diverse communication media and the occurrence of sustainable development from Chitra with the women of Marunda Flats. 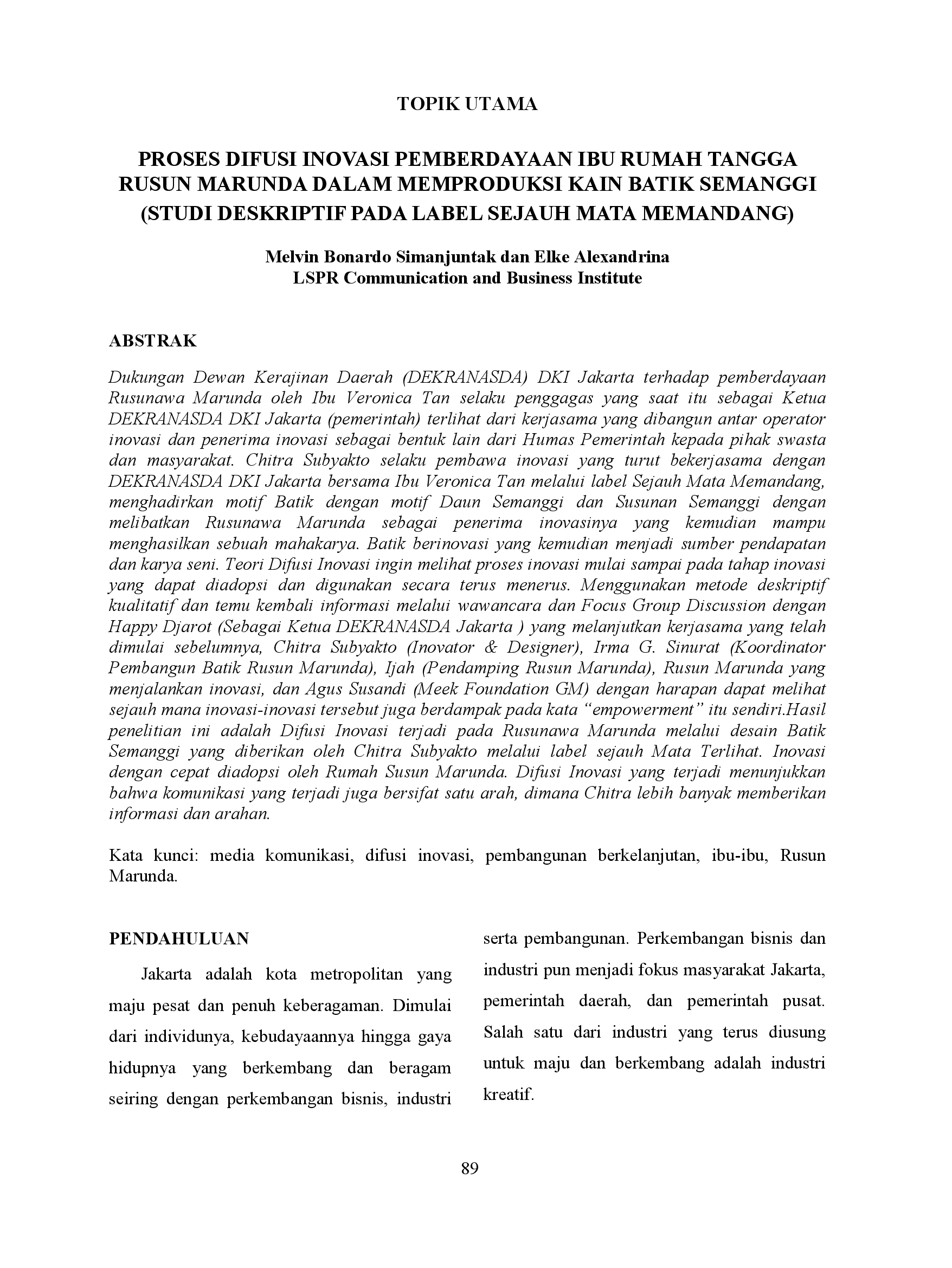