The presence of the tagline has an important role for a brand. Tagline can be used to help communicate the point that the brand differentiates from competitors. With the tagline, the products or services offered by a brand will be easily remembered by the audience so that brand awareness is formed. PT. Rupa Aesthetics Aktual Technology (RATA) as a start-up company takes advantage of this as a first step to grow Rata's brand awareness in the minds of the public by carrying out #RataTanpaKawat as the brand tagline. This study aims to determine how much influence the #RataTanpaKawat tagline which consists of sub variables familiarity, differentiation and message of value on average brand awareness which consists of sub variables brand recognition, brand recall and top of mind. The research method used is quantitative with the type of causal relationship research. The data was collected by researchers through distributing questionnaires online to 385 active Instagram users in Indonesia aged 14 years and over. The sampling technique used was nonprobability sampling with purposive sampling type. Researchers used simple linear regression analysis in the data analysis process which was carried out using the IBM SPSS version 25 application. Based on the results of the data analysis, the tagline #RataTanpaKawat had an effect of 54.9% on average brand awareness while the remaining 45.1% was influenced by other factors outside of research. 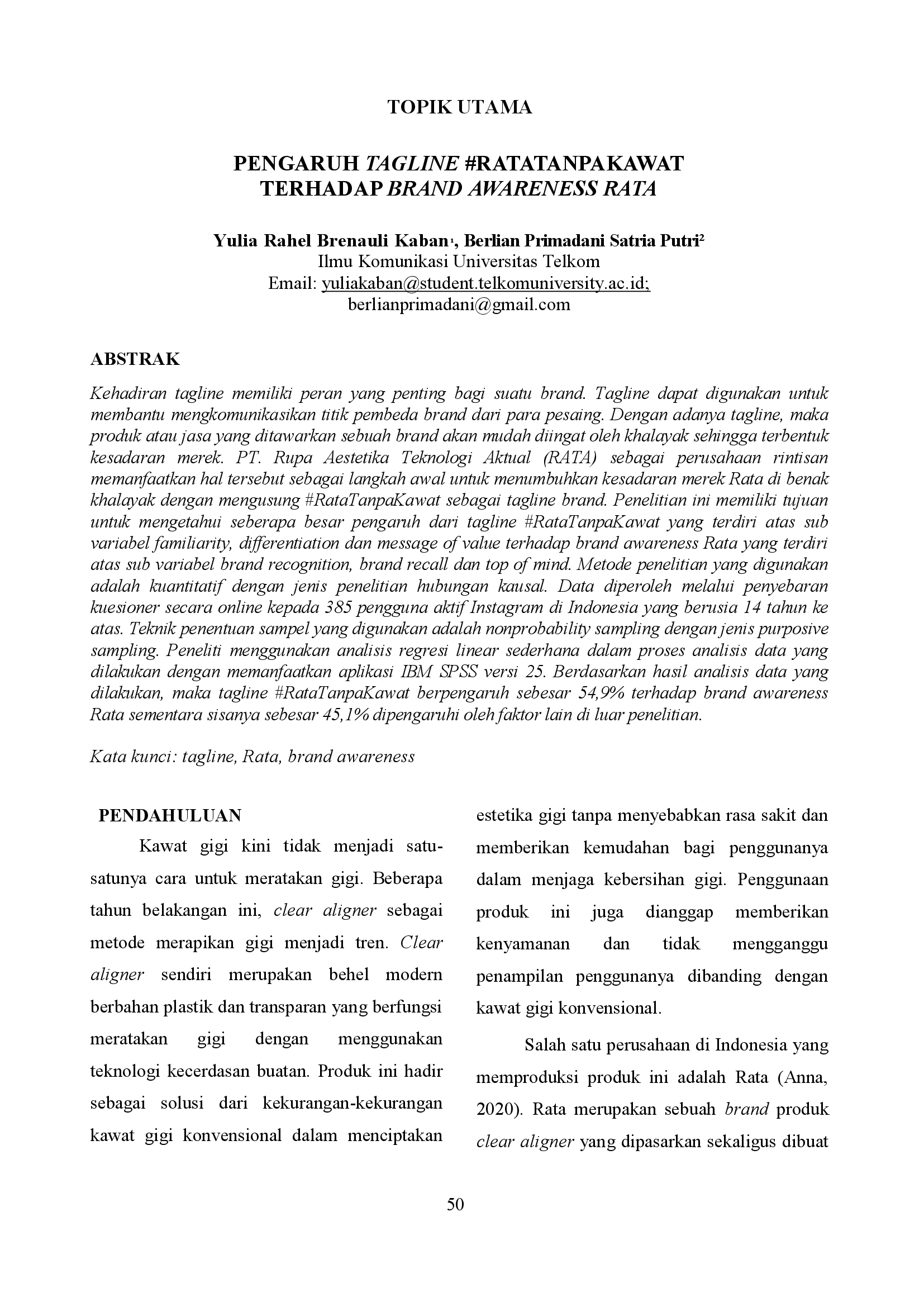