Poor economic condition, unemployement, quality education and lack of other basic infrastructures are the common problems of rurals in Indonesia and in many other countries. The rural potentials have not been optimally explored, hence a place to birth it becomes instead of to live.  The government has actually tried several programs for rural economic development, for example by providing more facilities and infrastructure, even creating project PNPM (Program Nasional Pemberdayaan Masyarakat/National Program for Community Empowerment).  However, the implementation and effect of these programs have been put into question.  In Indonesia, this economic institution is BUMDes (Badan Usaha Milik Desa/ Village Owned Enterprise), the pillars of rural economic activity, serves as a social and commercial institution. This paper aims to explain how to strengthen the role of village owned enterprise for its role in rural development. Using qualitative approach, this study indicates that village owned enterprise is projected to be new economic strength in rural development in Indonesia and that the rural government can improve the role of village owned enterprise not only as a government’s fund mediator but also as a facilitator to promote the rural economic activity properly through value addition. The paper aims to generate new insight of the role of village owned enterprise in Indonesia and its consequence to rural development. 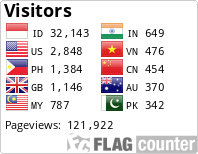