In acts of speech, one of which is included in the speech to express an apology. In expressing apologies, speakers use a variety of variations of speech based on the background of their linguistic and cultural knowledge. This research is a qualitative descriptive research that aims to examine the variations of speech used to express apology in the Banyumas dialect of Javanese. The study involved 14 respondents who had a Javanese cultural background, especially Banyumas culture, and who used the Banyumas dialect as the mother tongue. The result of the research shows that there are three variations of speech used to express apology in Javanese dialect of Banyumas, that is speech by using word pangapura and its variations, maaf and sori.

JC Félix-Brasdefer, JC.‎2005. Politeness have in The Production and Perception of Requests. 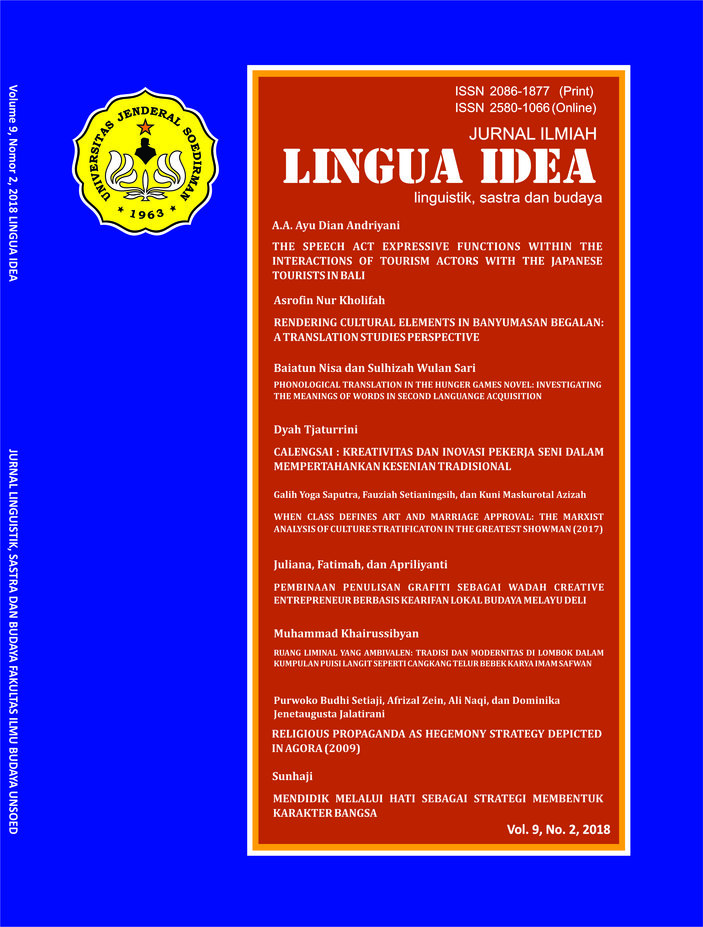