The religious and cultural values of the Muslim community shaped their coping mechanisms in facing various problems. Indonesian Muslim wives leaned toward both religious and cultural philosophies as resources in maintaining their marriage life. This research aimed to understand the spiritual perspective among Muslim wives in accepting their husband's HIV-positive status. This study used a qualitative study with 15 wives who had a husband with HIV-positive. The interview was run 2-4 times for each participant, and around spent 50-90 minutes for each interview. Data were analyzed simultaneously using a content analysis method. Three themes were articulated, including:1) the meaning of being a Muslim wife to a husband with an HIV-positive, 2) Life experiences after knowing a husband’s HIV-positive status, and 3) Philosophy of life in accepting a husband’s HIV-positive status. Muslim wives' experiences often depend on gender power relations, cultural and religious values, and family roles. The result of the study could be used in developing specific strategies with a gender approach to reduce the transmission of HIV/AIDS among Muslim wives. 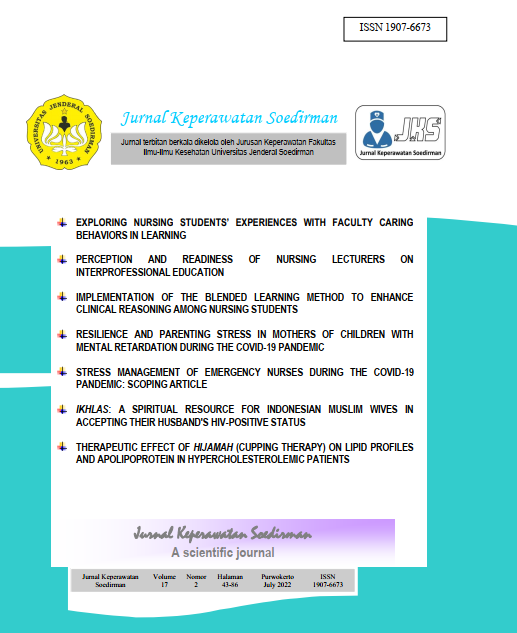