Albuneidae is consists of nine genera, one of them is Albunea. Albunea distribution, in Indonesia has been reported by several previous researchers, including those on the coast of Cilacap, Kebumen, Yogyakarta, Aceh, and Bengkulu. Based on the results of a preliminary survey conducted at Parangkusumo Beach, Yogyakarta, has found crabs who have similar morphology as the species Albunea symmysta which is found before. Based on this situation a study was conducted to determine the certainty of the species name. This study aims to identify Albunea crabs from the Parangkusumo coast of Yogyakarta and to know all performance and meristic character who Albunea crabs originating from Parangkusumo has.This research was conducted using a survey method with purpossive random sampling technique. Sampling was carried out in the area Parangkusumo beach, Samples were taken twice with two weeks intervals , each time is repeated three times. The crabs from Cilacap is a collection of the Animal Taxonomy Laboratory Faculty of Biology Unsoed. Identification was carried out based on the morphologycal charcters, include performance and meristic. Data analysis of performance and meristic was carried out by making morphologycal descriptions

Based on observations of morphological performance and meristik, research results obtained are Albunea crabs obtained from Parangkusumo Yogyakarta are Albunea symmysta species that have carapace character with almost rectangular shape, have very long antenula, carapace with flat surface, have the first subchelate dactylus, has 9-12 anterolateral spines and has seven flagella antenna segments 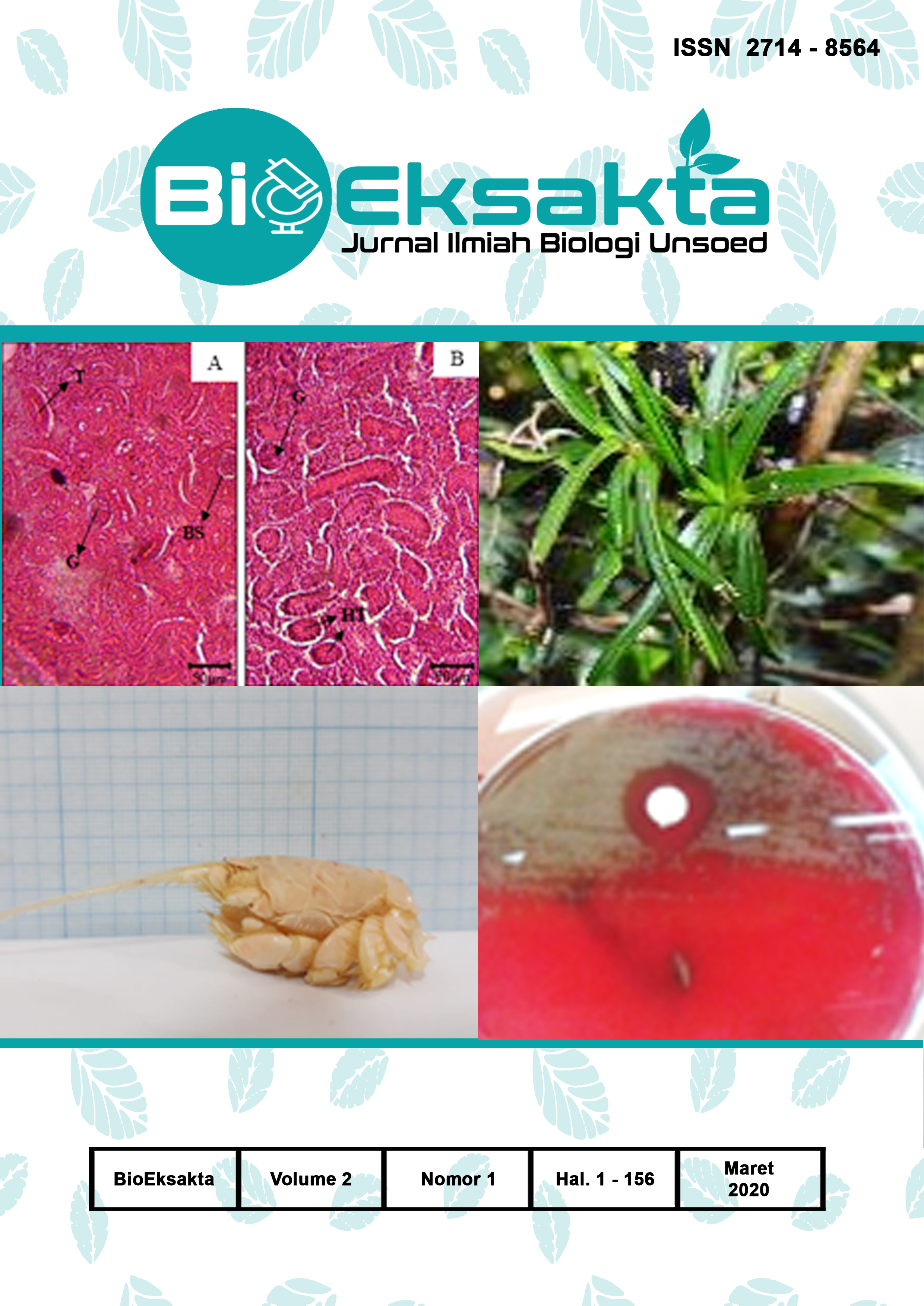