After the 2019 elections, various kinds of issues emerged, online media have a responsibility to present it through government news, bearing in mind that it concerns the interests of the people. The shift in news consumption behavior in online media actually demands the media industry in riau Goriau.com and riauonline.co.id to be ready to package the news so that it is feasible to be trusted. The research aims to determine the construction in the online media industry through ideology, the commodification of workers and audiences in government news. Norman Faircoulgh's discourse analysis approach method is used by collecting data through documentation, observation and interviews. At the end of the study, it was found that the affirmation of online media ideology in the performance of journalists became an important strategy in editorial management for the sustainability of the media. GoRiau.com instill clicks to monitor the existence of readers while riauonline.co.id always maintains the quality of editorial and media independence. For both of them the news of government leads to advertorial which becomes a financially profitable journalistic product but in the post-2019 news discourse both professionals become the mouthpiece of the government. Commodification of workers with superior planning is adjusted to the professionalism and mastery of information technology mastery in disseminating news so that work and tasks are carried out according to media needs. Commodification of the audience of both media always keeps the click of the reader / user, GoRiau.co maintains their goal to be recognized as an informative media by offering news through an automated system of keywords contained in the link # in increasing media pageview while riauonline.co assumes the reader is king, through the title game in the language of journalism, marketing news at a certain hour becomes a trick that is maintained by riauonline.co.id. 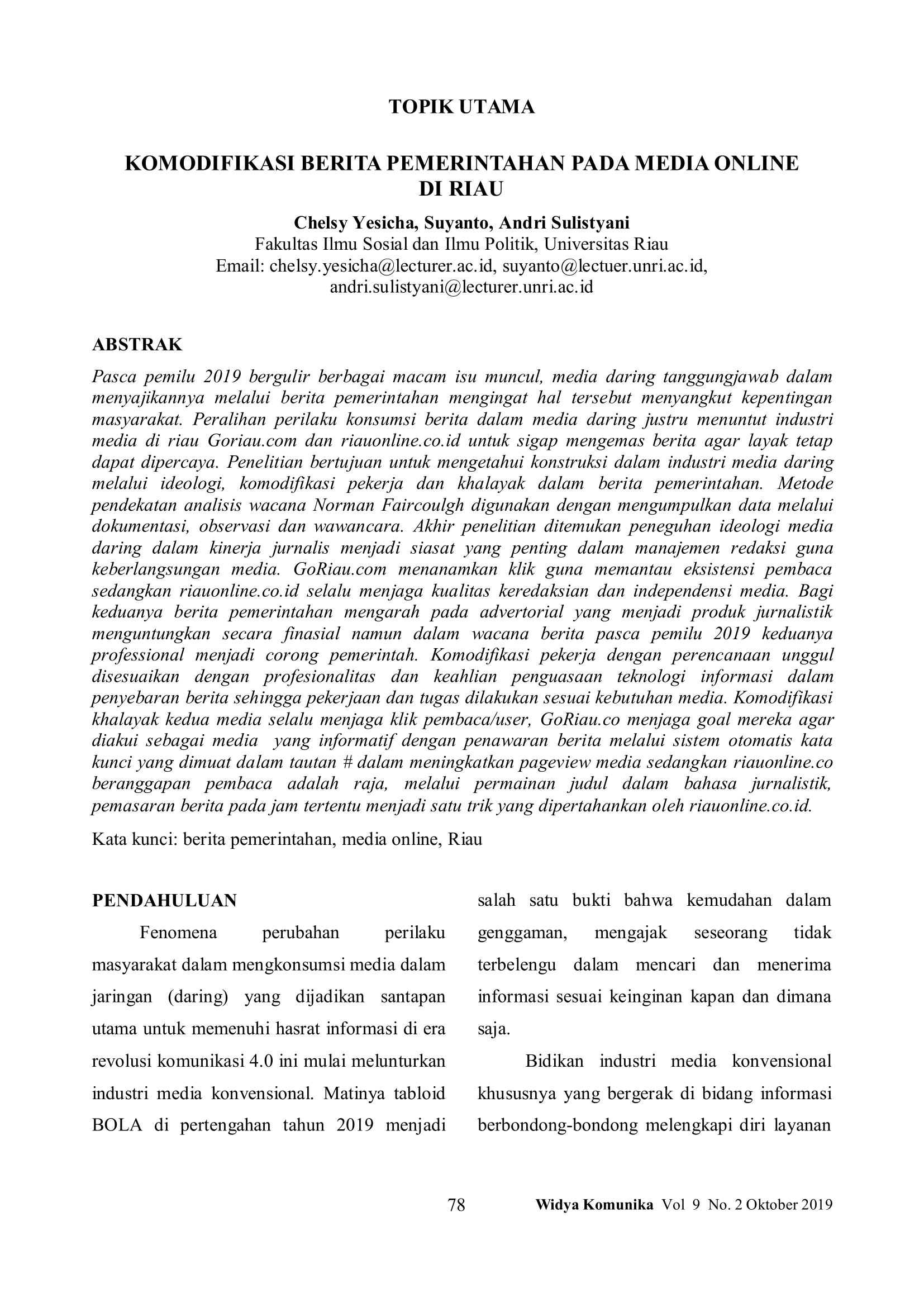