This study aimed to examine the causal relationship between budget emphasis, self-esteem and budget participation by using primary data collected by distributing questionnaires to the respondent. The population was the OPD Regency of Kebumen with a purposive sampling as a sampling technique. From 75 questionnaires that have been distributed, 70 questionnaires have been received and only 43 questionnaires that could be processed. This studied used multiple regression analysis methods. The study showed that based on the t-test:  budget emphasis and self-esteem have a positive and significant effect on budgetary slack, while budget participation does not affect budgetary slack. The coefficient of determination (R²) showed 29,5%, that was mean 29,5% variable of budgetary slack influenced by variables budget emphasis, self-esteem, and budget participation but 70,5% explained by other variables which not exist in this research

Obs.: This plugin requires at least one statistics/report plugin to be enabled. If your statistics plugins provide more than one metric then please also select a main metric on the admin's site settings page and/or on the journal manager's settings pages.
Open Access

About The Journal
Indexed by : 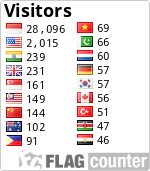