Some parts of Jakarta have seen recurrent brawls between youth gangs that are hard to solve. The first efforts to curb the violence were based on two sociological models, which are system theory and conflict theory but both without effect. In system theory, youth gangs are seen as juvenile delinquency that can be solved by suppression. Therefore most of the intervention to solve brawl among the youth gangs tends to use security approaches and place the youth who involves in brawl as guilty parties (blame the victims). However, the brawls reappeared soon. In conflict theory, brawls are analyzed as a result of social inequality, but efforts to overcome them by offering skills have not produced lasting effects. In contrast to these two top-down approaches which confirm the social exclusion of the youngsters, we have developed a third model in which the youngsters learn how to access mainstream culture. It is an alternative model of community intervention to tackle the brawls. Unlike put the gangs members as delinquent, this model was based on participatory action which involved youth gangs as an active actor to identify their root problems and potentials. It provides them an access to negotiate the structural burden with a some skills to improve themselves. This model tries to give them an opportunity to be part of mainstream culture but at the same time gives them sense of self confidence about their thoughts and activities. 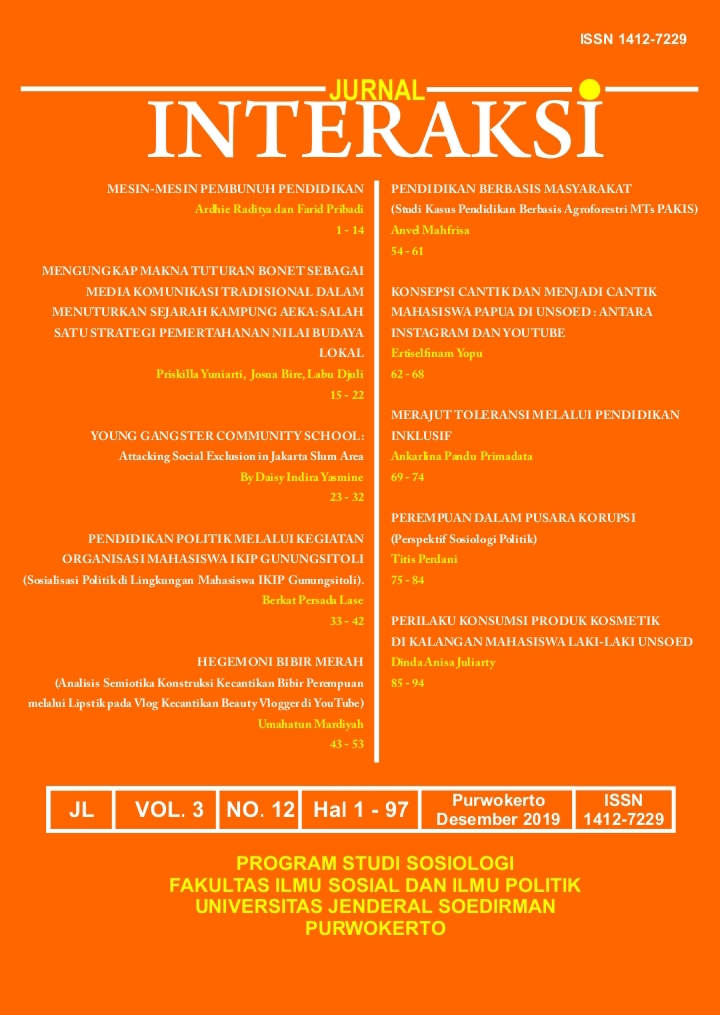